National Youth Theatre is a programme for young people aged between 14-26 that provides acting opportunities and training.

Nick had to complete two rounds of auditions to earn his spot, including a live recall and an interview from a panellist at NYT.

Nick wrote his own speech, cantered around mental health and motivated by wanting to spread awareness and help others. He learned it off by heart as well as a self-written Rap.

In the summer, Nick will complete a 2-week acting course with the National Youth Theatre, after which he will then have opportunities with them until he’s 26; as well as meeting similar minded young people who share his passion for Acting.

Congratulations Nick from the whole community at GPS. 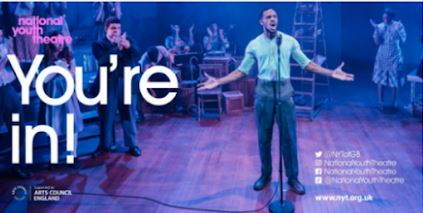