What's going on this week? 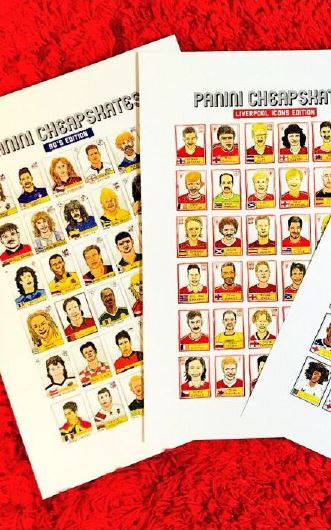 A couple, who have raised £12,000 for charity by creating cartoon versions of football players that look like Panini stickers during international football tournaments, have been told by Manchester United to stop selling “wonky drawings” of their former players and club crest.
Alex and Sian Pratchett, who draw the images under the name ‘Panini Cheapskates’, came to attention when they set themselves the challenge of filling their World Cup 2014 Panini album with their own sketches to save money paying for the stickers!
Since then, the popularity of the project has made the stickers collectable and their work is sold online. However recently, the UK Premiership football team, Manchester United contacted the Pratchetts over the use of its trademarks such as its Red Devil badge and the stickers have now been withdrawn from sale. A Manchester United spokesman said the stickers had infringed the club's "intellectual property rights".
This week’s news story: www.bbc.co.uk/news/uk-england-oxfordshire-47372856
This week’s useful video: https://bbc.in/2OpPCk9

Main question:
Is it ever ok to copy others?
Listen, think, share

Read through this week’s story and discuss our initial thoughts on the concept of copying. Can we think of times when it’s beneficial and examples when it might take place in a negative way? Talk through our own experiences. Have we ever copied anyone in a test? Has anyone ever copied us in a test? What did we do and how did the situation make us feel? 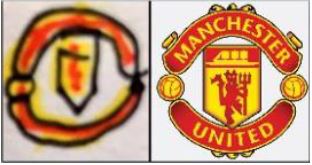 On Twitter, it has been suggested by some of the Panini Cheapskate followers that if they changed one or two parts of their design, they would be perceived to be too different for the similarities to be classed as infringing intellectual property rights, do you think this is something that should be considered by the pair?
Talk about different industries where copying is more widely accepted e.g. fashion, where you can find lots of similar imitations of clothes. Can we think of any advantages in this instance of copying that may take place?
Further questions for discussion

Do you think copying is wrong if someone is making a profit from the similarities of their products as in the case of the Panini Cheapskates? Would the copying be morally justified if all of the proceeds went to charity?
The Panini Cheapskates have only stopped selling the Manchester United cards due to the contact and warning they received from a representative from the club, do you think they should halt the sales for all other clubs or continue to sell them?