We have strong links with a number of other schools and colleges. Southfields Community College supports us in a number of areas, including facilities for games and PE in Years 12 and 13. Ernest Bevin School provides us with a table tennis coach. We have links with Merton College and Nightingale, who provide training placements for our Year 12 and 13 students.

The Diana Award has been recognising, honouring and harnessing the potential of thousands of inspirational, socially motivated young people in the United Kingdom since 1999.  Every award holder has demonstrated the qualities associated with the late Princess – compassion, courage and a selfless commitment to improving the lives of others.

The charity was established to act as a lasting legacy to Diana Princess of Wales’ belief that young people have the power to change the world for the better.

The following students of Garratt Park School have gained the Diana Award:

At Garratt Park the Jack Petchey Award is awarded to students 3 times per year, autumn, spring and summer. Nominations for the award are made by staff and students who look at the young person’s achievement throughout the last year this may be for personal achievement in academic subjects or constant achievement, it maybe that a 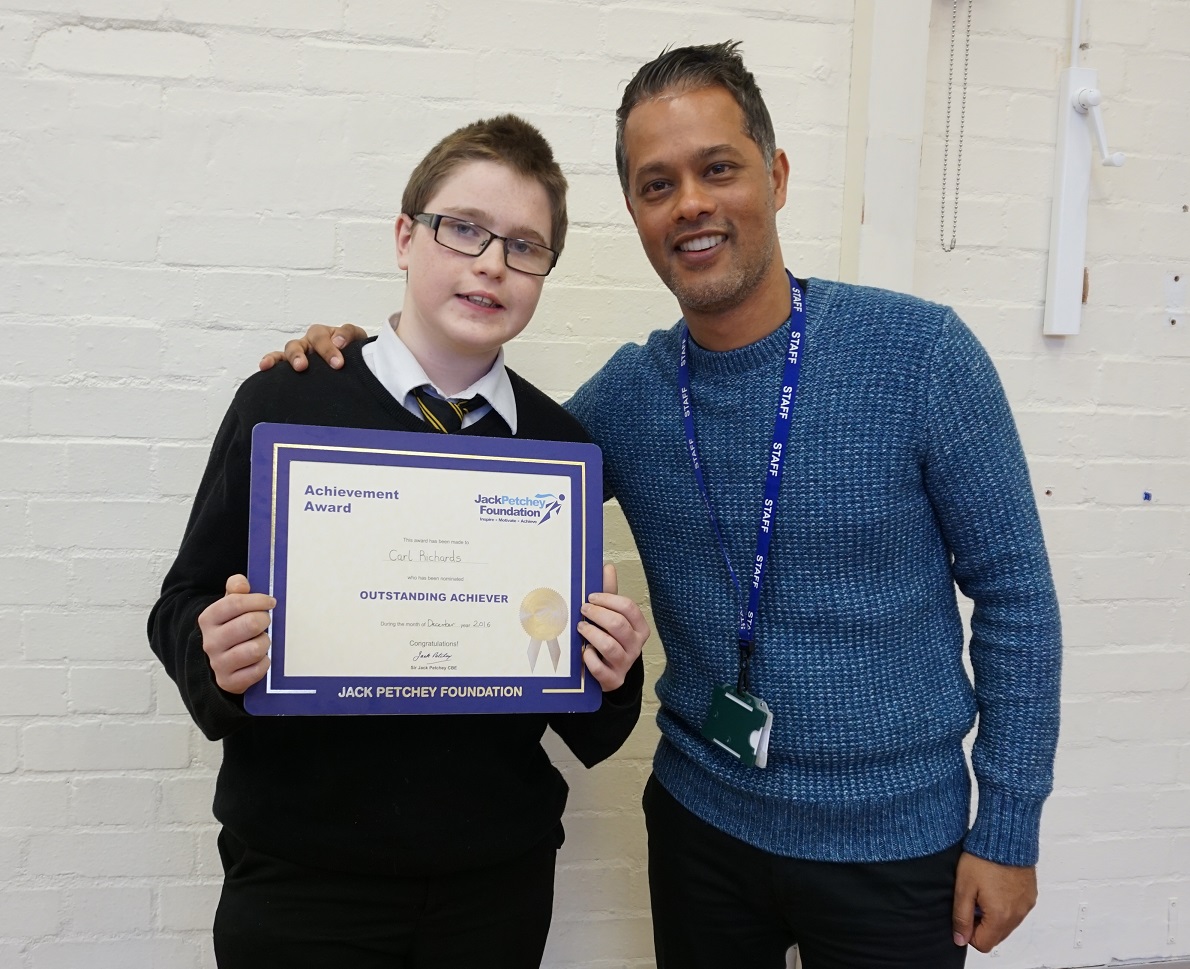 Carl receives his award in December 2016

student has overcome a lot of personal issues, been a supported friend to others the list is wide as to a student achieving this Award.

The young person is recognised at our achievement assembly at the end of each term where they receive a Certificate, and then again at the beginning of the year at a Celebration ceremony for Wandsworth organisations at the Town Hall where they have their photo taken with the Mayor of Wandsworth.

This Award for both Student and staff  is recognised London wide.